Committed to Your Safety 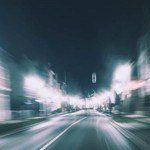 December 20, 2018 – Two days ago Canada’s new impaired driving laws came into effect.  The new laws give police officers new powers when it comes to interacting with drivers.  For instance, it gives them the authority to demand a breathalyzer test from any driver they pull over.  Previously, the police needed suspect that the driver had a level of impairment before demanding a breathalyzer test.

You can find out more here: